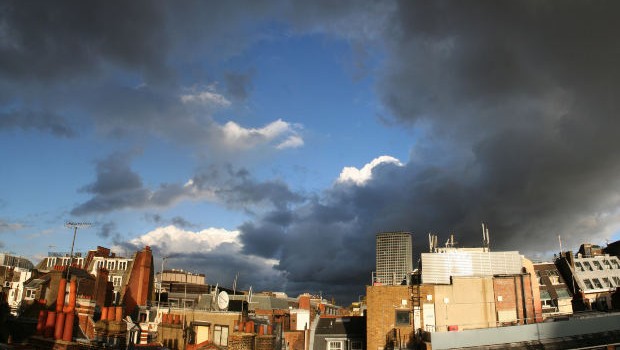 Housing in the UK today is in a ‘critical situation’. According to a UN report, homes in Britain are no longer affordable, or adequate for large sections of the population. Homelessness in Oxford is at the most serious and troubling end of the problem, but the shortage of homes also affects different people in less severe ways. Elsewhere, even young, well-paid graduates are now among those struggling to afford a home. Perhaps this broader impact is behind the growing political momentum for policy solutions. In London, where the crisis is most severe, housing has become the priority issue ahead of the next mayoral election.

So what are the dynamics of the problem, and what would a good solution look like? The UK as an advanced, OECD economy is systematically failing to meet international human rights standards. In the long-term, the shortage of housing supply can be traced to a dramatic fall in local authority building since the 1970s, but even private sector building has dropped off significantly since the crash of 2007-08. Meanwhile, prices have exploded and rents are steadily creeping up. Earlier this month, an Ernst & Young report found that the London housing market in particular is experiencing ‘bubble-like conditions’. There is real cause for concern.

Right now, we are not even close to building the 230,000 new homes a year needed to correct the problem. Worse still, current policy efforts may be actually harming the people they ought to help. The ‘Help to Buy’ mortgage subsidy is pushing up prices without addressing the problem of supply. Instead of buying a home, young people and families are increasingly renting, and as rents go up, profits are rising for private landlords. Against a background of poor savings rates, property to-let is an increasingly attractive investment for those that can afford it. For those that cannot, the situation is getting worse. In London, two-thirds of prime property last year was purchased by investors, rather than owner occupiers. Homes are treated as investment opportunities, rather than places to live, essential ingredients in a good life.

By actually tackling the housing crisis, we can produce great outcomes. Investing directly in new homes, as the Confederation of British Industry suggests, would provide a wider boost to the UK economy. It’s not just about housing, but jobs as well. Policymakers also have other tools at their disposal to complement direct investment, such as using Compulsory Purchase Orders to manage the dysfunctional market in land, or allowing local authorities to borrow more to finance investment.

The potential gains are big, but solving a crisis can come at a price, and sacrifices need to be made by those across the political spectrum. If we want homes to be available for the people who need them, we may need to limit foreign investment in housing for the sake of the public interest, as is already done in Switzerland and Singapore. In rural communities, it has been suggested that some buildings should be exempt from Energy Performance Standards, so that they can at least be lived in. The toughest question of all is where money for capital investment in building should come from, and that could mean re-balancing away from publicly subsidised rent. Even if uncomfortable trade-offs have to be made, we can’t afford to lock even more people out of home.