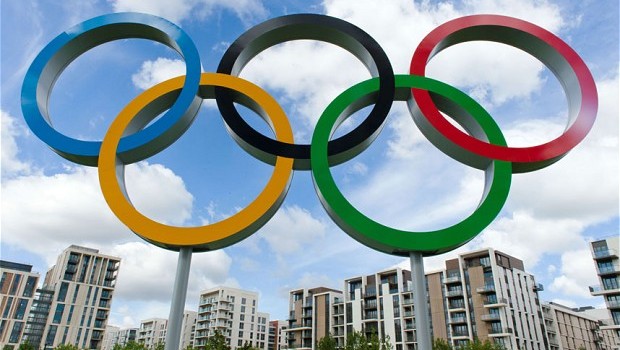 With this year’s Sochi Olympics being the most expensive games to date, at an estimated $51 billion, the world is left to wonder: Where do we go from here?

The economic impact of the Olympics has been long-debated, but the general consensus is that cities see benefits during the event itself, and those benefits tend to decrease quickly over time. In 2004, when Athens hosted the summer games, it had an influx of tourism and saw an increase in revenue, as people came to the city to see the games. Four years later, these gains had already become negative: twenty-one of the twenty-two venues used during the games were no longer in major use, yet the city was still spending $784 million for maintenance of these buildings. The 70,000 workers needed to run the games were no longer necessary, and tourism did not increase like the city planners thought it would. In the long run, much Olympic spending goes to waste. The venues from the 1984 Sarajevo Olympics have been littered, graffitied, and left aside as afterthoughts. The main arena from the 1996 Atlanta games is scheduled to be demolished in a few years. Even the more recent host cities are losing their tourism income: Beijing’s $55 million rowing park is no longer used, and its Bird’s Nest stadium has seen fewer tourists in recent months. One of the only Olympics to make a substantial profit were the 1984 games in Los Angeles, in which all funding was received from corporate sponsors, rather than taxpayer dollars.

Sochi spent $51 billion hosting this year’s winter games. In Russia, there are currently 18 million people living below the poverty threshold of $155 per month. Theoretically, if Sochi’s Olympics budget were split between these 18 million people, they would each receive $2,833, which is enough to keep each person above the poverty threshold for eighteen months. For context, USAID, along with the US Department of State has set the following budget lines for the Fiscal Year 2014: $1.06 billion to be spent on food security in African countries, $2.65 billion allocated for USAID Global Health Programs, and $2.12 billion to be used to aid those in areas struck by natural disaster. Their overall request for funding this year, at $47.8 billion, still doesn’t exceed the amount that was spent hosting this year’s Olympic Games. Even the World Bank only set aside $10.25 million to priority regions of development in 2013.

The planners of the 2012 London Olympics tried to use the games as an opportunity to improve East London, one of the poorer areas of the city, by creating new buildings to house the international athletes. Fast forward eighteen months, and the impact of the Olympic Village on London’s poor seems to have been misdirected. The area, now called the East Village, has dislocated its former residents, without giving them the option to move back. The starting price for a single bedroom apartment in the village is £310 per week. Twenty eight percent of Londoners live in poverty; for a single adult, this means an income of less than £172 per week. Even impoverished couples with two children, making up to £392 per week, would not be able to afford the housing in the village. London planners have succeeded in improving a once-impoverished borough, however, they have not necessarily improved the lives of those living there. Gentrification such as this, in which populations are pushed out of their original residencies, is counterproductive to poverty relief.

Looking forward, future host cities seem to be more conservative with their cost projections. Pyeongchange, South Korea, the site of the 2018 Winter Olympics, is planning to make use of many existing facilities, which keeps its infrastructure budget at $7 billion. Oslo and Almaty, two cities in the running for the 2022 games, are also promoting themselves as sites that can keep costs low by using existing venues and making plans for new ones to be converted, long after the Olympics are over.

Lower costs, however, don’t always mean that negative impacts are mitigated. This year’s World Cup, hosted in Brazil, is estimated to cost $10.9 billion, only one-fifth of the cost of the Sochi games. In building stadiums and transportation, though, Brazilians have been forced to leave their homes. In Sao Francisco, 78 families had to evacuate their houses in order for the city to build an urban transit hub. Many families were compensated for less than half the retail value of their former homes, leaving them unable to buy another home in the high-cost city. Unlike London’s planners, Brazilian planners have chosen not to integrate urban planning and improvements into their event scheme.

The optimal usage of the Olympics as a platform for poverty relief can remedy cost and infrastructure problems that most cities face, as long as they are willing to deliberately plan for the games to make lasting improvements. It is essential, then, for cities to use existing stadiums, or to make flexible stadiums that can be turned into a new arena or housing site. The Olympics offer a perfect opportunity for cities to receive public support to create improvements in infrastructure that already needed to be made. Most recent cities have seen little to no economic benefit from hosting the games; so maybe its time they tried instead to reduce costs and to create lasting infrastructure changes.

Ellen is a current visiting student at Hertford College. At her home university, Washington and Lee, she is working towards a double major in Maths and Economics, with a minor in Poverty and Human Capability Studies.