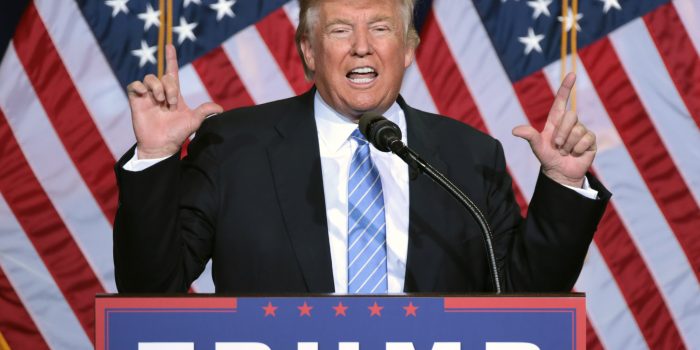 There is a scene in Larry Niven’s Ringworld where the protagonist, having survived for centuries through consumption of a futuristic drug, steps into a teleportation booth in Shanghai and steps out into a similarly-looking New York City, unsure of whether he has travelled at all. One could greet this uniformity either with dismay or jubilation. Dismay, because the diversity of cultures is what makes the world such a fascinating place, and jubilation, because the fact that the world is now so homogenous that we might evade international – or more specifically, cultural – conflict. The division between the two verdicts is poignantly applicable in the current political, increasingly protectionist Western climate. While traditionally, isolationist tendencies have been explained primarily by economics, those reasonings alone fail to capture the sheer extent of the phenomenon. The purpose of this article is to explore the sociological reasons behind the re-emergence of isolationism, and why those reasons may not necessarily be inauspicious from an anthropological perspective.

Why economics by itself cannot explain all isolationist movements

In the post-Walter Cronkite world of opinionated journalism, it is often difficult to unearth truly balanced commentaries that do not take the short-cut of defeating an argument by vilifying its proponents. Nonetheless, it is still possible to find those who lay out reasoned economic theories which explain the behaviour of voters in pro-protectionist election outcomes. In a nutshell – they are a reaction from the disenfranchised manufacturing sector workers who lost their jobs through outsourcing and even some in the service sector through liberal immigration rules.

However, this argument – while compelling – fails to explain two very important issues: first, the wave of ‘hate’ against minority rights groups, and secondly, the global nature of isolationist tendencies. With respect to the first, all that is needed to achieve economic seclusion is the support of traditional protectionist fiscal policies like trade duties and income barriers. Yet one also hears of the rise of the ‘alt-right’ movement and increasing violence and hate-crime against women and other minority groups. If this behaviour was suffered by immigrants alone, it could be explained as an extension of the economic argument – ‘these are reactions against those who purportedly stole their jobs’ – but this is not the case. This points to isolationist tendencies of a more socio-cultural kind running in tandem with the economic kind. Then there is the fact that in countries like the Philippines and India, socio-cultural isolationism has also emerged in the past few years – despite these countries being amongst the main beneficiaries of globalisation. India’s upcoming service sector has been largely fed by American outsourcing, while the economy of the Philippines enjoys remittances from the Middle East and the United States; indeed, it is one of its most valuable sources of growth. If anything, these countries should be the most welcoming to foreign influxes – yet we see that while both countries invite Foreign Direct Investment, there is a newfound zeal to protect their cultural heritages which feel under attack. Here, this ‘zeal’ has most often been labelled “nationalism” or “the rise of the far- right”, but it finds uncanny commonalities with what is termed here as ‘protectionism.’

Ultimately, what is being attempted here is to try and connect two major trends – isolationism in the West, and nationalism and traditionalism in the East – and in the process, recognise the nuances behind what seems to be an international phenomenon. As demonstrated above, the purely economic argument does not provide a satisfactory explanation for all the elements of the isolationist phenomenon, so one must turn to what has been called the “identity argument” – a separate theory running in tandem with the economic one – to account for the abovementioned offending elements. It will also be shown that the subject of this latter theory has resurged at many points in the past during periods of increased trade and contact between cultures, and so is by no means a uniquely modern circumstance.

We may look to the Persian Empire as an example which thrived on a diversification in identity.  Its Achaemenid dynasty was one of the longest-lived in the ancient world, lasting from 550 BC to 330 BC. What is most remarkable about it is the overwhelming speed of its expansion in the 6th Century from, as Peter Frankopan puts it, ‘a homeland in southern Iran’ to the ‘conquering [of] Egypt…[spreading] eastwards as far as the Himalayas.’ The Persians instituted a massive complex of road systems that facilitated an unprecedented level of trade. Alongside increased trade and contact between cultures, there has long been a reaction to what is seen as foreign ‘cultural imposition’. But as Herodutus explains, the Persians’ ‘success is due mostly…to their inclination to adopt foreign customs. The Persians were prepared to abandon their own style of dress for the fashions of their defeated foe…leading them to borrow styles from the Medes as well as from the Egyptians.”

Another notable instance from history is the success of the Ptolemaic dynasty of Egypt, where Ptolemy and his successors made sure to stylise themselves as ‘Egyptians’. This is a stark comparison to the Romans in the nearby Fertile Crescent, who were soon up-ended by local Christian uprisings. It has to be mentioned at this point that the success of a “government” as it were, was not dependent on their total abandonment of their own identity, but their willingness to alter it in such a way to accord a vital place to that of their newly conquered territory. The longevity of the Mughal Emperors of India can also be explained by their adoption of an Indian identity as opposed to sticking to their Turkic origins.

Yet a rather different picture has emerged in the modern ‘post-colonial’ age, where local communities are instead adopting Western identities.  In countries like India and the Philippines, the wealth created by increased trade has made the local population so susceptible to foreign ‘soft power’, that whole cultural trademarks have been replaced with foreign ones. This transfer cannot be simply explained by the idea that they are merely adopting a superior way of doing things – take say, how local dress suddenly no longer constitutes ‘business-wear’ in a boardroom, or the sudden rejection of long-valued traditional medicines. This encroachment goes a long way in explaining the rise of ‘nationalism’.

The only way to combat this reaction is to promote a system in the West where cultures that are foreign to it, are allowed to influence the core set of beliefs its society holds. After all, this is what true cultural acceptance means; not just the celebration of sporadic festivals and the opening of Thai restaurants (as demonstrated by Rajiv Malhotra in his book ‘Being Different’). This “process” has only in the past decade been championed by progressives in most Western countries. An example would include the rise in the progressive narrative, the idea that true cultural acceptance would allow for the burkha to be worn as a manifestation of one’s culture regardless of the sexist history behind the garment as long as the woman in question is exercising free will in doing so. Another would be the rise of ‘vegetarianism’ and ‘animal rights’ groups, who have no doubt been influenced by ideas of unity with the non-human sphere and non-violence that is a staple in Eastern philosophy. But ironically, this, more than anything else, is what has been the subject of the reaction that now champions isolationism in the West – while a reassessment of core philosophical values in the West is vital to nip Eastern ‘nationalism’ in the bud, the sad truth is that this reassessment has itself spawned an isolationist reaction in the West.

Furthermore, this is not the first time a reaction of this kind – a domestic rejoinder to the West reassessing its core philosophies – has taken place. The most appropriate historic parallel would be the period of Indophilia or Indomania in 18th century Germany where the works of many German philosophers – among them Nietzsche whose seminal usage of the term ‘nirvana’ – were influenced by the works of Eastern philosophers. However, this was swiftly stamped out by the reactionary Indophobia movement in the second half of the 18th century.

Playing the devil’s advocate – perhaps this is not inherently bad

So far, this article has explored the rise of isolationist tendencies, stemming from the apparent incorporation of foreign philosophies and value systems. But this section attempts to play the devil’s advocate and assess whether all these reactions and counter-reactions are in fact harmful.

Globalisation is often viewed as the ‘virtuous’ status quo, and deviations from this status quo are seen as negative trends that need to be stamped down. But perhaps a case could be made against this attitude. Perhaps the differences that isolationism breeds might perform the same function that laboratories perform in the field of pharmaceutical science. While collaboration is a noble ideal, it is in the interests of frequent drug discovery to split the body of chemists into multiple groups. The reasons include following different methods or strategies to attain a goal – a new drug, in this example – that would otherwise have been drowned under the majority, the fostering of competition between the groups as an incentive, and even the decision of which goal to pursue in the first place.

It could perhaps be argued that every year untold varieties of music go undiscovered and dance forms die out because the interests of the global masses have been influenced by the majority to prioritise particular kinds. It has an impact beyond culture too. The survival of a species of mosquito in an African jungle depends on its genetic diversity – a seemingly redundant gene in one loan mosquito would perhaps be the factor that ensures immunity towards a certain disease. While it is certainly not argued that the conservation of ‘genetic’ diversity has any place in modern egalitarian society, perhaps ‘genes’ in the example can be equated to ‘ideas’ to make it a fitting allusion to the state of affairs outlined at the beginning of this section. After all, problems like industrial resistance to anti-global warming initiatives would perhaps have been easier to tackle if there were prominent societies in this world with philosophies that did not prioritise the generation of individual wealth as its primary function.

In a nutshell, the man who steps out of the teleportation machine and feels dismay might perhaps have a point. But even if we decide that, overall, this dismay is misplaced – it is easier to combat those who subscribe to it if we truly engage with it and try and understand their perspective.