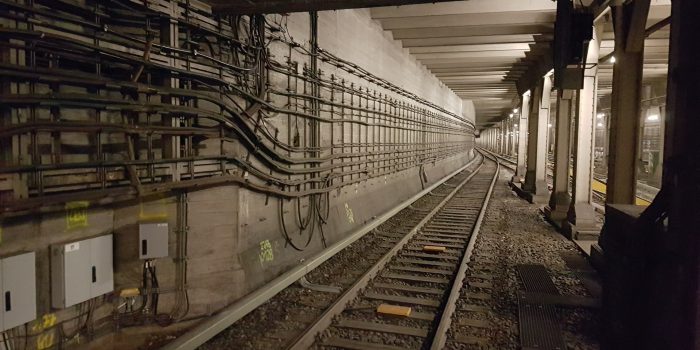 The southernmost railway station worldwide lies on the island of Tierra del Fuego, off the southern tip of South America. The trainline connects a small Argentine South Atlantic port with the island’s National Park. Yet this sophisticated network is somewhat of an anomaly within the vast continent, which despite its industrial heritage and trading economy, demonstrates limited examples in the way of a comprehensive, cross-country railway network in the 21st Century. The glimpse of a railway heyday in the late 1800s was quickly diminished and never recovered amidst the outbreak of war, which forced the deconstruction of crucial railways to convert metals into arms. In fact, the pithy island tourist train represents a greater service density than exists in the whole of the Republic of Surinam, at the opposite end of the continent!

Crucially, the sluggish pace of new rail projects represents a gaping hole in South American infrastructure strategy. So, with the Chinese appetite for extending influence in the region ever rising, it seems that foreign investment might soon be thriving, lured by the opportunities presented by growing tourism and global economic integration.

Still, it is important to understand why there has been little development of the South American rail network until now. What policy initiatives can be suggested to reignite the system? Firstly, parts of the continent have a long history of sporadic changes in rail ownership. For instance, the Argentine Belgrano railway was originally built by British and French companies, then nationalised as part of a drive to rid the economy of foreign control, but since 1994 it has been privatised and subsequently re-nationalised in response to operational and political issues. Naturally, using rail infrastructure as a political football is hardly conducive to the creation of a long-term programme of rail development.

Perhaps more consequentially there is an overwhelming political issue precluding rail network expansion. The most exciting schemes involving cross-continent rail-initiatives and public-private partnerships have been hindered by the schisms and clashes in governmental interests. Too often, this has led to projects being shelved and enthusiasm waning times. For instance, the Transandine Railway crossing the Andes over the Argentina-Chile border was closed by Chile in response to a perceived security threat. Periodic efforts since to restore the connection have been thwarted by various political impediments emerging on the Argentine side, who have felt the burden of Chile’s trade tariff battles, and seemingly threatened by their extension of regional dominance.

So what can be done? To begin with, increased collaboration and stability needs to emerge across the continent, to allow for long-term infrastructural planning. By ensuring that projects have support across partisan divides, with mutually agreeable ownership and management structures, investor confidence in both the infrastructure itself, and in the industries benefitting from the projects, can be secured. This proved successful in Venezuela, which successfully began work on a major new commuter metro system in Los Teques from 1998 under the assumption of a relatively stable future political context. While that assumption has of course since been proven false, its temporary façade nevertheless allowed for significant developments in the city’s transit line to take place. Policymakers cannot bring about this change alone but rather must reinforce the need and practice of strong bureaucracy and cooperation.

However, if railways are going to help realise Latin America’s potential, then international co-operation and assistance should be encouraged. There are tourist hotspots in the scenic Southern Argentine Andes and Patagonia, which would be better accessed by rail from Chile than they are through the existing Argentine road (and bus) network.  An alternative rail project could also help link the resource-rich interior of the continent, with the Pacific coast – thereby providing an additional trade route. Greater export links would allow landlocked Bolivia to further develop its resource extraction infrastructure. This would also simultaneously offer Chile lucrative customs revenues, as they control the coastal channel. Negotiations must be conducted to highlight the mutually-beneficial project, and the primary economic and political imperatives on both sides. Indeed, the opportunity for mutual gains and losses could be significant depending on the level of cooperation established.

Finally, anti-competition regulation has been scarce across the continent, which has forced a surge in ticket prices for those railways that do exist, therefore attracting limited appeal and a low quality of service. The local governments must address this, possibly through international backchannels, to allow a thriving and free rail industry.

In essence, policymakers with South America’s economic integration and development in mind must prioritise the establishment of rail programmes that have a clear appeal to multiple jurisdictions, and that take account and seek to align with the prevailing political context.