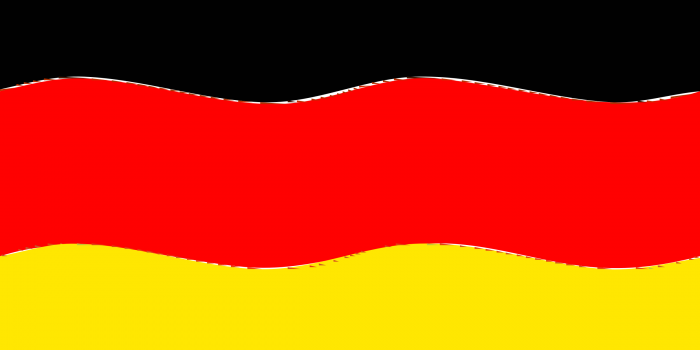 By Lena Kainz, MSc in Refugee and Forced Migration Studies

After weeks of despondency and uncertainty, Angela Merkel announced in November 2016 that she would re-run for a fourth consecutive tenure as Germany’s national leader. Perhaps she was spurred by her international political favourability. Two days prior to her announcement, former President Barack Obama had stated that he would vote for Merkel – if he could. But reactions in the German press and public have been more ambivalent. A prominent talk show called her ‘the eternal chancellor’ and poignantly asked ‘Is Merkel the solution or the problem?’ This very question appears to preoccupy the minds of many of the roughly 60 million eligible voters. But ironically, Germany’s 2017 election race  is also complexly interlinked with those individuals who will not get to vote – refugees. As this article outlines, the presence and perception of refugees will bear a decisive role on the electoral outcome. Not only is the issue of refugees used and abused as a highly controversial campaign topic, it also serves as a catalyst rendering visible intra-party rifts and raises questions about Merkel’s political credibility.

In 2015, roughly 900,000 refugees arrived in Germany. Attracting international attention from media channels and heads of states, Merkel’s response has been depicted as everything from liberal heroism to moral imperialism. Her now infamous mantra of ‘wir schaffen das’ (‘we can do this’) captured a composed spirit of reassurance in times of turmoil, which was exacerbated by the wave of sexual assaults in Cologne at the start of 2016, and the Christmas-market terror attack in Berlin at the end of the year. For some, Merkel’s refugee response was as pragmatic as it was empathetic, given Germany’s restrictive asylum law reforms that year. She would later attempt to balance the desire for a welcoming culture with the politically expedient resoluteness on deportation. Indeed, her party arguably enforced a U-turn on migration policy last year, which saw the overall number of asylum seekers in Germany decrease by two thirds in 2016 compared to 2015. But Merkel’s attempt to convey that she has overcome the refugee ‘crisis’ is likely to backfire, as it remains unclear whether the events of the past two years are an unsettling precursor for what is yet to come.

Whilst Merkel showcased admirable political leadership in the midst of the migration crisis, ultimately, she made herself vulnerable; to gross attacks from both populist forces and from within her own government. Her refugee policy has produced a deep schism throughout her party and between her coalition partners – the CSU (Christian Social Union). It must be noted that Merkel received eleven minutes of standing ovations and was reelected as the party’s head by 89,5% of delegation at her party convention in December 2016. Yet this was no doubt an attempt by the CDU (Christian Democratic Union) to present a united front, which many find unconvincing. Indeed, the Convention saw continual friction over the return of age-old immigration policy debates, including whether to force German-born dual citizens (mostly Germans with Turkish roots) to choose one nationality, the issue of banning burqas and the proposal to run EU asylum-processing centers on African soil. It seems Merkel is struggling to balance the fine line between the party’s traditional Conservative discourse, and the attempted infusion of far-right sects.

The influx of asylum seekers has not only created deep ideological rifts within Merkel’s government however, it has also extended into visible social demarcation lines cutting through German society. For instance, the unprecedented civil mobilization in support of refugees is contrasted with the rise of a deluge of populist PEGIDA demonstrations. Additionally, the AfD (a right-wing party) saw electoral successes in ten out of sixteen local parliaments, making their debut to the federal German Bundestag likely.

The extent to which Merkel is personally responsible for these developments is being heatedly debated. Her domestic popularity is thought to be waning. Hans-Peter Friedrich, the deputy parliamentary party leader of the CDU/CSU, bluntly observed that Merkel’s decision to run as chancellor did ‘not evoke euphoria’ amidst the electorate. Still, in an attempt to appeal to the masses and her party, Merkel  recently stated that ‘a situation like the one we had in the summer of 2015 cannot, should not and must not be repeated.’ But her acknowledgment of the difficult circumstances her country faces is a double-edged sword: for while it hints at a strong commitment to the current policy to restrain refugee numbers, it also highlights her lack of control when the situation first arose, and a certain lack of predictability.

In the 2013 election race, one sentence stood out in Merkel’s rather apolitical, feel-good campaign: her reassurance of ‘you know me’. Four years later, her current electoral campaign seems again to be based on the promise of stability and continuity, which may sound like a comforting truism to some and a threat to others. The 62 year old has been in power since 2005 and is currently the longest serving and most experienced head of state not only in Europe, but the Western world. However, mere continuity should not be mistaken for stability. What both the British ‘Remain’ campaign in the Brexit Referendum and Clinton’s race for the US Presidency had in common was a promise of continuity. Both failed to appeal to the majority. Precisely the fact that Merkel has little to offer but continuity in times of turmoil might prove to be her biggest weakness.

In essence, the prominence of the refugee issues softened the public image of a politician who is generally known and respected for her almost stubborn pragmatism. Yet Merkel’s welcoming rhetoric towards refugees came at the expense of the political capital she had amassed over the years. As a result, her legacy will undoubtedly be mixed, but her upcoming electoral fate remains uncertain. She will be looked to for answers to the continuing arrival and reticent integration of asylum seekers, which tops the domestic to-do-list.  Against this backdrop, the mantra adopted by the CDU party is telling: ‘Orientation in difficult times’. We will need to wait until September to see whether or not the electorate confides in Merkel’s ability to unite her party and live up to this slogan.