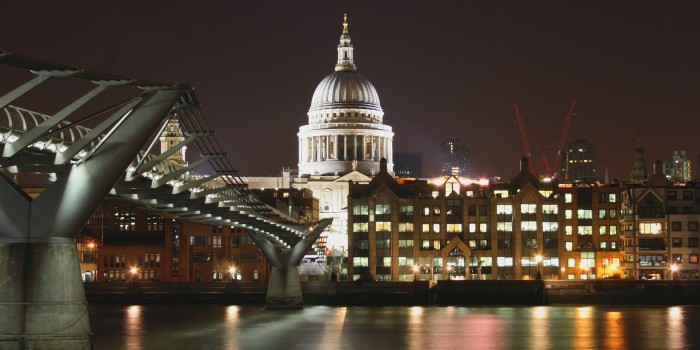 The UK could be in line for a big minimum wage rise. We ask if legal increases are good policy, and if so, are they enough?

Right now in the UK, in-work poverty outstrips poverty in households without work. In other words, most people in poverty are already taking home a wage, it just isn’t enough. From this perspective, it comes as good news that the UK Treasury has backed a big increase in the minimum wage, up from £6.31 to £7.00.

Poverty wages aren’t just a growing problem in the UK, but also across the developed world. In London, one in five people in work isn’t making enough to pay basic living expenses. Similarly, as the US marks the 50th anniversary of the War on Poverty, the ‘working poor’ are counted at over 10 million.

At the same time, charities report that more people than ever rely on payday loans even to meet basic, routine expenses like paying the mortgage, and there are worries over predatory practices on both sides of the Atlantic. We’ve been making it harder for those on low incomes to build assets and climb out of poverty. Perhaps that’s why the UK public overwhelmingly support a real rise in the national minimum wage.There have also been calls for a big increase in Washington DC, and Germany has approved a national minimum for the first time. It seems like the time is right for the minimum wage.

But what about the structural effects of an increase? The most powerful criticism is that whilst an increase works just fine for those who receive it, it makes developed economies less competitive overall, and stops businesses hiring. In terms of the public finances at least, the UK Treasury estimate the cost of a big rise would be neutral, with any losses in business tax balanced out by a drop in welfare spending.

What about competitiveness? Could a higher minimum wage hurt developed economies competing in a ‘global race’ with emerging nations like China? In fact, if we really want to be competitive, we would need to set the minimum wage at around $1.20 USD, or 73 pence an hour. That’s the average across China’s different regional minimums. Even in China itself, worries are growing that in its key manufacturing sectors, so-called ‘high’ wages are already damaging growth as wage levels are undercut by Vietnam, with a minimum wage of $0.30 USD, or 18 pence an hour. The lesson here is that many of the sectors over which China and Vietnam are competing just aren’t the same as those which thrive in the Western world.

More realistically, a high minimum wage might still hurt employment in developed countries in Western Europe or North America. Here, the most recent empirical research, conducted in the US, suggests that modest minimum wage increases actually have no ‘discernable’ effect on employment. In practice, employers who hire at minimum wage can adjust in a few different ways. They can benefit from increased efficiency and reduced labour turnover as a result of an increase, as well as adjusting for costs with modest price increases and “wage compression”, where the highest earners take a small income cut, to offset rises at the bottom.

In the end, although the economics do work out on paper, the minimum wage only counts for something if the legal minimum is actually enforced. In the UK, the record is poor, and the Low Pay Commission estimates in its most recent report that over 200,000 adults are earning less than the legal minimum. Some of that will be within the law, but much of it is because enforcement just isn’t good enough. Strikingly, in the whole history of the UK’s minimum wage, there have only been 7 employers prosecuted for breaking the law. That’s 7 prosecutions over 14 years, and the authorities have still not lived up to their promise on ‘naming and shaming’ rule-breakers. Minimum wage increases can work, but enforcing the law could matter just as much in fighting poverty.