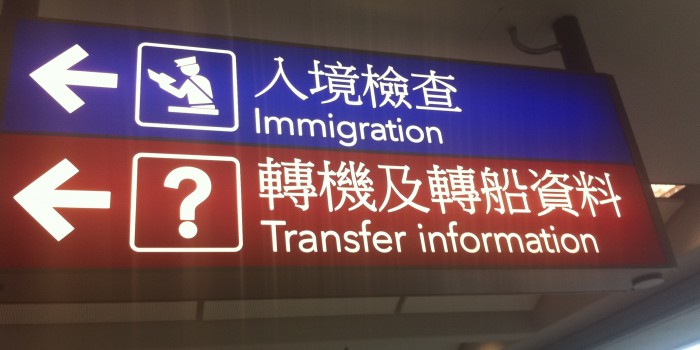 The most recent topic OxPolicy chose to cover, in Trinity term, was immigration. As an international student, I found it very interesting to learn about the immigration debate and how it compares to the immigration debate in my home country, the United States. Immigration in the UK is complicated by the ability of nationals of European Union member countries to freely enter and work in other EU countries. Despite this major difference, both the UK and the US seem to face a similar immigration quandary: both nations are desperate for highly skilled workers but are concerned over the strain that lower-income workers may put on their social services.

In my opinion, the debate about immigration doesn’t take into account larger issues these nations face. The first issue is that of an education system that no longer adequately prepares students. All debates on immigration aside, one key problem that I’ve heard a lot about in the US recently is the failure to prepare students in our schools for STEM (science, technology, engineering, and math) opportunities. As technology and medicine become increasingly important, leaders such as Mark Zuckerberg have lobbied for more immigrants who excel in these fields when students from our own schools do not.

Secondly, the uproar over lower-income immigrants obscures that lack of social mobility many face today. In Trinity term, the Oxford Union hosted a debate asking whether the American Dream was dead because of the inability of poor US citizens to become wealthy or at least financially stable. The American Dream was a promise to immigrants in the 20th century that no matter how poor they were at the time, they, or at least their children and grandchildren, could make better lives for themselves. We should see possibility in the scores of people who want to enter our countries, realizing that they (or their children) could further the innovation and progress that makes a nation a world leader. The reality of today, however, is that those who are poor often stay that way and have few opportunities to forge a better life for themselves or their children. In a socially mobile country, lower-income immigrants would not be considered a problem, because they would be perceived as people who could achieve the dream and become the future of the nation.

Although there is much to be debated on immigration, we must look farther than just the net flow of people in and out of the country. We must also consider what type of nation we are forging for those already here and what possibilities we provide to those who seek our shores. We must see the intersection of these important issues and work to address them collaboratively to further the promises and potential so crucial to the creed of a nation.

US Blog Editor for OxPolicy. I got involved with OxPolicy during my time abroad, where I was a student at New College. Back in the United States, I’m currently finishing my last year at Washington University in St Louis, double majoring in economics and urban studies.