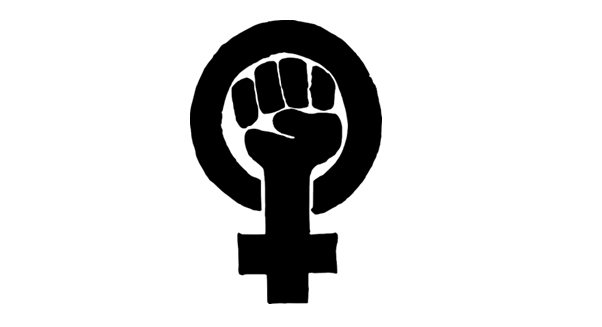 It is sad to think that even in the 21st Century, there are some who believe there is a clash between men and women. The reality is less divisive but equally important: it is the conflict of misogyny, rape culture, and antiquated ‘masculinity’, against the modern world and concepts of decency and equality. The internet has proved to be a boon for sexism, allowing dissemination of anti-female rhetoric and anonymous abuse to women and men who speak out against it.

One of the biggest problems is that there is not just one group of sexists who can be neatly pigeon-holed. There are LADs of all varieties; Twitter users who may be raging misogynists or indiscriminate trolls; culturally conservative movements and many more. Men’s Rights Activism (MRA) is an offshoot, pandering to traditional fears that feminism has emasculated and disempowered men through modern media. Whilst homophobia is optional, MRA typically supports antiquated gender roles and boundaries. It also makes the claim that women are – and have always been – the privileged minority, forcing men to take up harsh labour in the military or factories, and then complaining about it. Perhaps most perniciously, modern misogynists have helped to feed the fear of false rape claims.

Just how much policy can do in the face of self-righteous outrage is uncertain: nevertheless, some changes might help the situation. One step is to increase prosecution of the worst examples of trolling for what they are: abuse. Anonymity, coupled with the idea that ‘if you get offended by the internet you should leave’, has led to a Wild West mentality, stifling debate in favour of harassment and slanging matches. It is of paramount importance that people understand anonymity is a privilege, not a right, and that the sort of attacks which Mary Beard or Caroline Criado-Perez suffered revoke it. Tougher prosecution might also deter less stalwart trolls, demonstrating that anonymous abusive messages can have a profound impact on their target.

Naturally, prevention is better than punishment, and there is some scope for discussing the issue at school. General Studies is a thoroughly pointless course, but it is compulsory at many schools. A better alternative might be a continuation of ‘citizenship’ classes albeit at a higher level. The dangers of the internet are often proposed as an external force, threatening students – yet it is practically certain that at least some of those involved in sexual abuse and threats on Twitter have not yet completed school. I do not think we can stop the all of the hideous behaviour seen on social media, but teaching can go some way to ending some of it.

A final, serious aspect is rape culture – the traditional narrative which blames the victim’s clothes, behaviour, or morals seems to be as common in the civilised West as outside. The current curriculum on sex education focuses on getting kids to understand the biological and technical sides of sex and also discusses different cultural approaches to the matter. What might help stop the rise of rape culture is to address the issue head-on in teaching. The ‘No means no’ message, whilst stronger at university-level, might resonate more if it had been given to children before they left school. Naturally, rape is not a subject with which all parents will be entirely happy, but it is simply too important an issue to tip-toe around. The Good Man Project’s article on ‘good guys commit rape’ reveals how a black and white issue has been blurred: sex education can demonstrate there is a good, clean line on what constitutes rape.

Writing this article on International Women’s Day makes me wonder whether how far policy can go to fighting misogyny and attitudes towards women, and how much these shifts are simply generational. The Independent recently published an article which claims that racism dies out simply by exposure to other ethnicities; homophobic attitudes have not been changed by legislation. Nevertheless, a failure to make a clear stand against misogyny gives unhealthy signals. Coming down hard on online abuse whilst giving children clear, simple advice on acceptable behaviour would show everyone just where the United Kingdom stands on misogyny.

Don't forget to join us from 2.30PM this afternoon for our report launch and discussion on access to Oxbridge oxpolicy.co.uk/ai1ec_event/ox…

RT @george_gillett "Oxbridge’s diversity failure is so severe it’s time to ask if it’s wilful" - my article for @NewStatesman - newstatesman.com/politics/sta…

Join us at Christ Church today, 2.30PM to hear about our report on access to Oxbridge: oxpolicy.co.uk/ai1ec_event/ox… @OxfordHub

If this is an issue yo're interested in, come to our event on access to Oxbridge tomorrow: oxpolicy.co.uk/ai1ec_event/ox… twitter.com/OxPolicy/statu…

About 3 days ago from OxPolicy's Twitter · reply · retweet · favorite