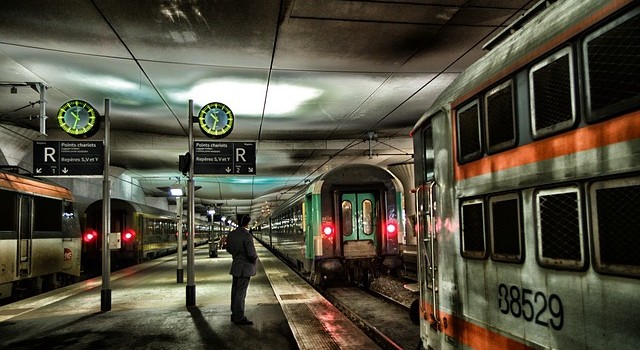 Britain’s rail system clearly needs a more holistic approach. There are changes afoot in the current framework, but are they enough?

Britain’s railways are in need of a thorough examination. Privatization, which was designed to fix the problems of the monolithic British Rail by introducing more competition, has not brought the benefits it was forecast to provide. Ticket prices are the highest in Europe, and public satisfaction with the punctuality of services varies by 35% nationally. This has led to a persistent call for re-nationalization, renewed yesterday by unions at the Labour conference (although notably rejected by a Labour Party which sees itself as bringing back socialism). But is it the right idea?

Certainly, Britain’s railways need reform. Even the Adam Smith Institute, whose recommendations underpinned the Major government’s privatization programme, accepts that the current system has not worked as intended. Railtrack, the private company which owned and managed the tracks and infrastructure of the system, went into administration in 2001 after paying compensation after a number of crashes caused by insufficient coordination of maintenance. It was effectively re-nationalized when its assets were transferred to the Network Rail. Although formally a private company, it has no shareholders, receives substantial subsidy and is essentially controlled both directly by the government and indirectly through the regulators.

Although this set up seems to work better, there remains substantial scope for improvement; indeed Virgin Trains are currently suing Network Rail for poor maintenance, causing delays and putting passengers off their service. Of course, not all this is their fault – but much of it is. Indeed, the funding deficit does not help – the Office for Rail Regulation (ORR) report that Network Rail’s interest payments will alone constitute one third of its budget by 2029. Perhaps it might be a better idea for the government to reallocate the funding for HS2 to the existing network in order to prevent this deadweight loss to the UK – and prevent the generation of more inefficiency. A Network Rail largely free of its inherited debt burden might be able to act more efficiently.

Of course, if state intervention here is justified, why not side with unions and hardcore socialists alike by calling for re-nationalization of the system? Germany’s state railway Deutsche Bahn (DB) is the second largest logistics company in the world and largely popular. However, there are several problems with this idea. Firstly, the old system did not work. Insufficient incentives meant the railway network became outdated and costly. Competition, if implemented properly, gives managers an incentive to keep customers happy and reduce inefficiency to boost profits. Secondly, changes to EU regulation regarding railways are frequent. Britain is one of few countries who have implemented directives splitting track and train in spirit as well as law. DB may be safe for now in its separate accounting but unified company approach, but even Angela Merkel cannot hold off the single market in rail forever. Thirdly, what the UK network needs is consolidation and clarification, not another complete shakeup implied by re-nationalization.

The dual advantages of re-nationalization would be an internal cross-subsidy of the unprofitable parts of the business with the more profitable sectors and more coordination between track and train managers. As it happens, 13 EU countries have been referred to the ECJ by the Commission for practicing the former, since this amounts to anti-competitive behavior – and so prevents other companies who through innovation might run services better from gaining rights to track. With state involvement, the problem is worsened: DB has already been painted as a ‘national champion’ reliant on state subsidy which is permitted to skim the profit from franchises abroad. The separation means the state can subsidize or commit to investment in track (which is largely unprofitable) in the same way it does for the road network, whilst train operators compete on quality and price in the same way as bus services.

As for the latter, more cooperation can be achieved without direct state management, and in three main ways. Firstly, a more unified regulatory framework (perhaps by further power centralization in the ORR) would better maintain oversight and highlight areas where operators are not coordinating their activities. Secondly, this will encourage managerial cooperation and information-sharing between the Train Operating Companies (TOCs), Network rail and maintenance contractors. Indeed, an ‘alliance’ between South West Trains and Network rail has produced some tangible benefits for consumers by helping services at Waterloo fit together, though could still be tweaked to work better. Thirdly, ever since 2011 Network Rail has been reorganizing itself into nine regional entities based largely along the lines of the current franchise arrangements. This gives more scope for cooperation, allowing decisions to be made locally and in consultation with TOCs, but still has the advantages of a centralized HQ to coordinate the national aspects of the track.

This is of course a minimalist alternative to re-nationalization. The obvious substitute would be “a privatization done properly”, perhaps along the lines recommended by the ASI in 2005 whereby track would be sold to the train companies operating franchises to force vertical integration. But it is hard to see how this would improve competition – the ultimate aim of involving markets. This is because only more invasive regulation would create the scenario where multiple operators compete between two destinations – as is currently the case on the Birmingham-London lines and from 2015 in the Channel Tunnel. Furthermore, this approach would reduce flexibility and inhibit a coherent and centralized approach with cross-industry cooperation and the ability of the Government to make sure public services run for those who need them, rather than just those who can pay.

It seems then that the best route forward for Britain’s railways is not some headline-grabbing history-making shift to state or private control. Such moves, I suspect, are primarily motivated by ideology anyway, which is hardly a sensible approach in policy discussions. In fact, changes are already afoot, but their technical and essentially reforming (rather than revolutionary) nature means editors won’t allocate them much coverage. What is paramount importance however is that Britain continues to strike a balance between cost-efficiency through market principles and long term improvement through coordinated and serious investment. Most railways in Europe are heading in our direction, which leaves us well positioned. The answer to the industry’s problems is to tighten up our current system through coordination of services, investment and vision. We need more of the same, not more of the state.


Want to write for OxPolicy? Find out about becoming a member here. It’s free!

Former Director of OxPolicy. Student at The Queen's College, revising for PPE finals. Follow me on Twitter @rgwhitehouse or pop into the Turl Street Kitchen - I'll probably be there...