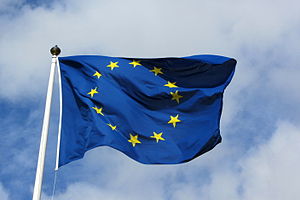 Without greater consultation by the UK government on Europe, our information market breaks down and democracy suffers. A referendum might help, but it is not enough.

Like everything in a capitalist economy, information has a price. For politics and policy news, this the cost of its provision for media, think tanks and the education system. In the case of the media, companies must select the news items that are most likely to make their product sell or attract viewers to benefit advertisers. But this also means that topics perceived as boring, unsexy or too complex to explain in limited space are simply not discussed.

In some ways this is not a problem. Entertainment news is by definition geared to inform people about popular trends, products and celebrities. But in other respects it’s a serious issue. Political and policy information is especially important, because without knowledge in these areas, how can citizens be expected to choose the best policy platforms in elections and improve their society’s functioning?

For domestic policy this is again not really a problem: although people might not admit it, the news media provides pretty good coverage of national issues. But a lack of genuine debate is a pressing issue for European policy in the UK. As an example, ask your average person to name the president of the European Commission (essentially the Prime Minister of the EU) and you’ll get only a disinterested shrug. If this problem is to be fixed, we need to identify the causal mechanism of how it arises. There are two possible explanations here. Either the problem is in the functioning of the information market through the news media which transfers this information from the institutions, or there is a problem with the institutions that mean this information would never be transferred by the market in the first place.

I am inclined to support the latter interpretation for two reasons. Firstly, a kind of extra-market provision is already in place with the BBC, which is of course publically funded and so does not seek a profit motive in deciding the content of its stories. Yet the BBC does not provide any more of this missing information to the public than media in the private sector. This is because in an economy of choice, people consume what they find interesting, enjoyable or about which they have some real knowledge of. At present, most potential news stories on the EU do not fit any of these categories.

Secondly, it would be an obvious error to reason from the fact that the information is not provided by the media to the fact that the media bears (all) the fault. This is especially true when policy makers have an obligation to ensure that policy responds to our preferences, regardless of the constraints inherent in markets and in our psychology. Else why bother with democracy?

The real failure seems to be institutional. People are not sufficiently incentivised to acquire knowledge about the EU because the opportunities for them to use this knowledge are few and far between, given that citizens are only consulted in elections every 5 years. This might not in itself be a problem – most people do not take part in government consultations and so do not participate in macro-decisions any more frequently on a national level. But when we combine this with the fact that these elections are nothing but “second order national competitions” in that they are used as mid-terms to assess (and probably kick) the current ruling party rather than to discuss EU issues, then there is no obvious incentive for the public to follow EU policy developments.

Given that treaty change is required to alter the institutional dynamics, we need to find a surrogate solution. Can national parties take up the slack? It would of course help if they gave adequate weight to the EU issue in their campaigns, but there is a coordination problem here: they keep Europe off the public agenda for the same reason as the media do. Their campaigning time is more productively spend on other issues, even though EU policy often has broader and deeper effects.

So policy must be implemented to alleviate the problem. There are some obvious solutions, such as real work towards improving citizenship education in schools. But perhaps the change most likely to solve the problem would be regular consultation. David Cameron’s pledged referendum on the EU is an interesting development  here. Most European countries are consulted much more often on European issues than we are. Referenda have been held 5 times in Denmark and 7 times in Ireland since 1973, and other national elections take European office much more seriously.

Of course, there are always downsides. The Conservatives’ pledge has been criticised on a number of grounds, the most cutting of which are based on the circumstances of the referendum. The EU is in an unusually shaky position given the sovereign debt crisis so it seems this is not a good time to be making game-changing decisions.  Furthermore, Ed Miliband is correct to argue that pledging a referendum four years in advance is not conducive to business certainty, since investment projects (something the UK is dangerously now low on) will be hampered by this indecision. However it does not follow that because this isolated example of consultation has been badly implemented, the principle of involving citizens in European issues is in itself bad.

Leaving aside the question of whether our membership of the EU and/or a referendum on this is justified overall, its occurrence will almost certainly incentivise the debate that I have so far criticised as lacking, and this fact should be recognized by everyone who takes politics and policy seriously. But whether we do or do not have a referendum, it seems clear that some other form of preferably regular consultation on general EU issues should be found. Because without this the information deficit on the EU will remain. And this is bad for democracy, our society and policy itself.

Former Director of OxPolicy. Student at The Queen's College, revising for PPE finals. Follow me on Twitter @rgwhitehouse or pop into the Turl Street Kitchen - I'll probably be there...