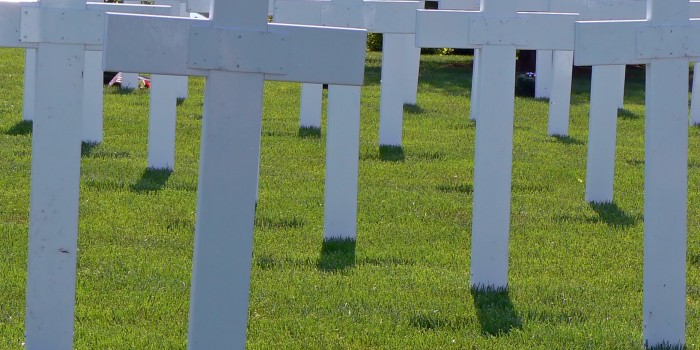 Michael Gove’s defence of Britain in World War I

The Education Minister’s article in The Daily Mail at the start of this month makes for a good read, but it quickly becomes a worrying attempt to spruce up imperial legends for a PR trick. As the article progresses, the focus increasingly slides from the bravery of the soldiers to a condemnation of all those who do not prop up the imperial myth, accusing them of mocking the very troops Mr. Gove largely passes over.

Some parts are correct. “Douglas Haig, held up as a crude butcher, has been seen in a new light” Blackadder doesn’t offer a full picture. Whilst 60,000 casualties on the first day of the Somme are hard to ignore, the shift in terms of warfare was huge – equivalent to restructuring the Americans are considering as they move to the Asia-Pacific. Historians believe that the ‘Lions lead by donkeys’ argument is one-sided, citing innovations including camouflage and aeroplanes. I think it would be fair to say that trying to understand the commanders– rather than demonizing them – should be a part of the history syllabus.
Gove, however, then moves to a dubious attack on ‘left-wing academics’ such as Professor Sir Richard Evans. The Professor’s claim is that those who enlisted in 1914 for patriotism, a better world, or peace were misled is understandably controversial. Nevertheless, the fact remains that Britain – as a state – intervened due to alliances, and to defend the Empire. This does not dull the bravery and skill of British soldiers: it is recognition of the imperial state of mind. The arms race had revealed German aggression, but the idea that the British lion was the policeman of Europe, rather than another hungry colonial power, is folly.
It is when “the pitiless approach the [Germans] took to occupation [and] their aggressively expansionist war aims” appears that Gove’s argument really looks oversimplified. Europe in 1914, bound in complex treaties and alliances, with the Ottomans to the East, and Communism rising in Russia, was unstable. Moreover, the previous century had seen almost 9,000,000 square miles of Africa added to various colonial powers, putting 30% of Africa’s population under British rule. Colonialism and occupation appear to be acceptable, provided the targets are not Europeans. Furthermore, Britain’s alliance to Tsarist Russia is hardly suggestive of a nation overly concerned with ‘liberal democracy’. The Germans may have dropped the straw which broke the camel’s back, but it had long been in need of a good orthopaedist.
Of course, there were more than two countries involved in this World War. Canada, Australia, New Zealand, India, and other colonies sent thousands of men to the front. 300,000 deaths does not quite compare to the nearly 900,000 British fighters killed, but it is an awful lot. French casualties are even worse, with 200,000 more deaths than the whole Empire. At any rate, mere numbers cannot do justice to the scale of suffering, but Mr. Gove’s emphasis upon the ‘rightness’ of the war passes over this pain. In a single line he sums up all the suffering: “The war was, of course, an unspeakable tragedy, which robbed this nation of our bravest and best.” The unsentimentality is striking in the extreme, and it is questionable if Wilson’s ‘Dulce et decorum est’ would be amenable to the Education Minister. Surely we should focus on the troops rather than the nationalist justification for their deaths?
When Gove returns to the rails, it is with a statement which few in Britain would argue. “The freedom to draw our own conclusions about this conflict is a direct consequence of the bravery of men and women who fought for, and believed in, Britain’s special tradition of liberty.” Whether that was what the Empire sought may be another matter, but neither Blackadder nor Professor Sir Evans accused Tommy Atkins of cowardice. When we consider the policy implications for our remembrance year, lets keep in mind that remembrance should not be turned into a PR exercise for modern British leaders to score points; it should not be twisted to make the Empire look like one of supposed liberty. It should be a testament to human bravery in the face of hardship, and to the dangers of unbridled nationalism.