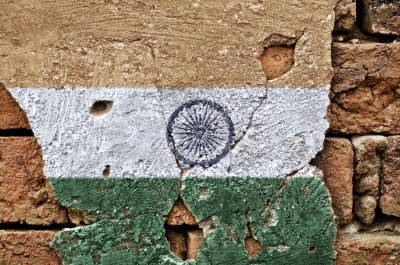 The year 2015 will see some major changes in the world as the final year for Millennium Development Goals, but we shouldn’t jump to conclusions over the UK’s relationship with India

2015 will bring about significant changes to the UK-India relationship. In an announcement made in 2012, the UK government decided to terminate all financial aid to India, after they had seen their ongoing projects through to 2015. India has, in the past two decades, shown enormous economic growth and a corresponding decline in poverty. The new UK-India relationship will be partnership-based, sharing skills and expertise.

It takes more than one fact to complete the whole picture, however. Despite the economic boom, one-third of the world’s poor still reside in India. Over 30% of the population in India still lives on less than 80 pence per day. Foreign organizations like DFID invest heavily in issues of gender equality and healthcare, areas that are still ‘fledgling’ on the development scale. Considering only the Millennium Development Goals related to women’s health and empowerment, India has fallen short of target in each one of them. Gender equality in primary schools was not achieved by the 2005 deadline, and women’s participation in the economic sector continues to be one of the lowest in the world. At a current maternal mortality ratio of 254 per 100,000 women, a rate experienced by the United Kingdom in early to mid- 1900s, India is expected to fall short of its target by 26 points. Clearly, a thriving IT industry and home-grown technical expertise have not fed back into non-economic spheres.

Let us first try to understand what drives foreign aid to countries. While we would like to believe it is completely driven by altruistic intentions, the reality is more nuanced. Any aid is a strategic decision, and depends to a large extent on past performances of recipient countries. It has been seen that a colonial past and historical political alliances influence foreign aid. As far as efficiency in terms of economic aid is concerned, it has been found that aid merely substitutes for funds the government would be spending on development activities anyway.

Foreign aid is complicated, and does not come without strings attached. The one thing that is clear, though, is that it has succeeded in the past in humanitarian efforts, and efforts to improve healthcare. Some of the greatest achievements in human history in the recent past have been possible through international cooperation and aid: Eradicating small pox, and the fight against AIDS in Africa. It is also clear that the role of foreign aid in promoting economic growth has been ambiguous and mixed.

The development of a Nation, like most human endeavours, takes the best of human knowledge. Assessment of progress is never a straightforward chain of indicators and milestones. Giving conditional aid to a Nation ensures accountability. Developed countries and international organizations attract skills and expertise from developing countries. This can be seen as a drain of workforce from where it is needed or as an opportunity to use this expertise and tailor funding to match these needs. Writing off foreign aid to India solely on the basis of economic growth is not only careless, it is damaging to progress as a whole.

Image courtesy of domdeen and freedigitalphotos.net

We have a very important project this term tackling these issues - look out for the finished report later this term!

About 15 hours ago from OxPolicy's Twitter · reply · retweet · favorite

How did you react to the results of the tampon tax vote? Is the tax harmless, or it is a product of/does it add to wider menstrual stigma?

About 15 hours ago from OxPolicy's Twitter · reply · retweet · favorite

Apply by tonight if you are interested in coordinating your own research team based on accessibility to Oxbridge! oxpolicy.co.uk/services/resea…

What do you think about current childcare policy and recent changes? Are they good/bad for working parents? Do they adequately meet need?

About 6 days ago from OxPolicy's Twitter · reply · retweet · favorite

If you are interested in this, look out for our updates on Rosa's project, based on childcare reform (tax credits and services) in the UK!

About 6 days ago from OxPolicy's Twitter · reply · retweet · favorite