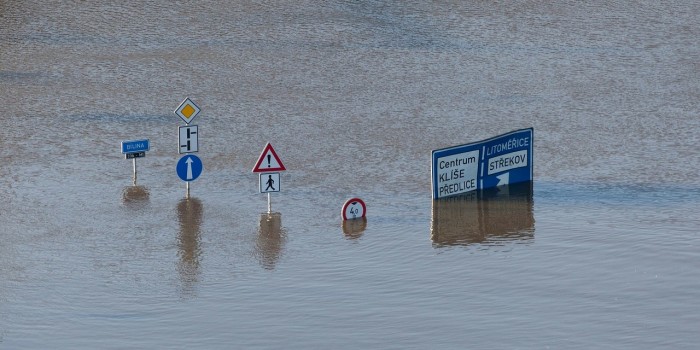 Nudging citizens towards sustainable behaviour change just doesn’t seem to capture what is necessary, just, or effective in our political action relating to climate change; moral motivations are required.

‘Climate change’ and ‘behaviour change’ are both central themes in the policy landscape, academic research, and media discourse of the twenty-first century. The former has been described by the former Secretary-General of the UN, Kofi Annan, as “the greatest humanitarian challenge facing mankind today”, a statement that carries added weight in light of the recent complete devastation inflicted upon the Philippines by Typhoon Haiyan – one of the strongest storms ever to make landfall. The latter, ‘behaviour change’, has become a ubiquitous phrase in policymaking circles, representing a radical shift towards a non-regulatory policymaking paradigm, often referred to as nudging.

The 2008 Climate Change Act established the world’s first legally binding climate change target. This has committed the UK to reducing its greenhouse gas emissions by at least 80% by 2050 - a target that requires a major change in the way we live and think, representative of an unprecedented reversal of a universal trend among industrialised nations concerning the relationship between economic growth and carbon emission. The key question going forward, therefore, is: How is such a radical behavioural/cultural transformation going to be brought about? The current government’s answer appears to rest heavily upon behaviour change techniques that seek to nudge (implicitly encourage, incentivise, etc.) citizens’ toward more sustainable behaviour patterns.

The problem with this approach – or at least with the way in which it is currently being framed by the Coalition government in major initiatives such as the Green Deal – is that it threatens to actually undermine sustained sustainable behaviour change: for instance, by presenting energy-saving simply as a means of saving money. Providing this self-interested motivation for environmentally responsible action does not translate into meaningful engagement with climate change. And it also runs the risk of trivialising the issue at hand. The debate about sustainable behaviour change must remain connected to the fact that climate change is already a daily reality for some of the world’s poorest communities, where unpredictable rainfall and drought patterns are threatening food security and livelihoods. As Mary Robinson, former UN High Commissioner for Human Rights and climate justice advocate, states: “These communities are not responsible for the emissions causing climate change, and yet they are disproportionately affected because of their already vulnerable geographic locations and their lack of climate resilience”.

In terms of private morality, we each have a duty of justice not to harm others; and our current levels of emissions can be expected to cause significant harm. Hence, we - citizens of industrialised nations - each have a duty of justice to reduce our net personal emissions to zero, whether by transforming our lifestyles or by offsetting our emissions. And this not only makes sense as an abstract philosophical argument; recent research by Dr Rachel Howell (University of Aberystwyth) has shown that the single most significant motivation among people who had already made major changes towards environmentally responsible, low- or zero-carbon lifestyles was a sincerely held conviction that climate change is a matter of social justice.

Hence, it seems as though the government’s enthusiasm for ‘nudge’ and its potential for generating measureable behavioural outcomes may have caused it to lose sight of the fact that committed, long-lasting behavioural transformations are not brought about by government officials tinkering with ‘choice architecture’, but rather by citizens’ internalising the ethical reasons that are motivating such a change – reasons based on justice, fairness and responsibility. For the sake of both efficiency and justice, therefore, the government’s ‘behavioural’ strategy on climate change should be driven and defined by the moral motivation that taking action on climate change is simply the right thing to do.

To be clear, this is not to say that the self-interested nudge logic and the moralist climate justice logic are necessarily competing logics; in fact, it is likely that in practice they will act as complementary forces driving the relevant behaviour change.  What is being proposed here, then, is not canning the existing pro-environmental nudge policies. Rather, it is being claimed that bringing about the type of sustained sustainable behaviour change that is necessary would require a significant alteration of the government’s rhetorical strategy, to make it focused on communicating to, and educating, citizens about climate change as an issue of social justice by highlighting the impacts on people, especially poorer and disadvantaged people. This strategy should also include the instigation of public debate concerning the socially just adaptation to climate change within the UK. Furthermore, alongside (and as part of) this norm-changing strategy, it will be necessary to provide both practical guidance about carbon-reduction and also, importantly, a variety of low- or zero-carbon infrastructure options, so that the opportunity for sustainable behaviour change is a real and equitable one for all citizens.

Ultimately, it is values and morals that (i) inspire public support for national-level, regulatory policies and (ii) motivate transformational individual- and household-level behaviour changes; so the quicker the government engages with the issue of sustainable behaviour change in these terms, the more chance that we have of reaching our own decarbonisation targets.