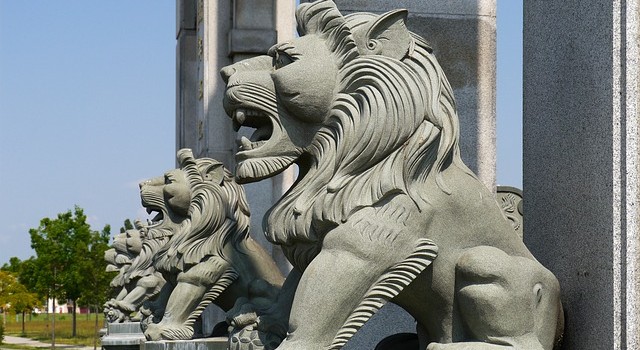 What can we take away from the CCP Third Plenum?

Following a historic meeting by the Chinese governing elite at the Chinese Communist Party’s (CCP) Third Plenum of the 18th Central Committee, there seems to be no consensus or definitive theory on the direction that the Chinese economy and state is going to take. The third plenum is historic insofar as being one of the key, closed-door, agenda setting meetings for the ruling party’s bigwigs.

While other meetings can be solely procedural in their significance, it was at this same meeting in 1978 that Deng Xiao Ping consolidated power and set the agenda for China’s opening-up and complete economic reform, that would put it on the path of ascendency to become the world’s second largest economy. Many optimists hoped that this year’s plenum would see newly anointed Xi Jinping unveil an equally enlightened and ambitious agenda.

Now that the dust has settled, the CCP has released a communiqué detailing some of the decisions that were arrived at during the meeting. They include: a relaxation of China’s one-child policy, an abolition of the infamous Mao-era labour camps that many dissidents and enemies of the state still languish in, the endorsement of what the report calls ‘social organisations’ to deal with social problems in China, as well as the establishment of an elite committee to oversee further reform called the ‘Comprehensively Deepening Reform Leading Small Group”.

There have been multiple interpretations of the relative ‘success’ of Xi Jinping in pushing through a reformist agenda, based on the decisions reported by the communiqué. Many have taken to deriding the plenum as being crucially illustrative of a factionalized politics at the top of the Party elite, and that many of the words used in the communiqué will never see implementation. Their arguments can be read here and here.

These views however ignore the incredible significance of some of the clauses of the report. Take for instance the idea of the ‘social organisations’ that the party seems to be sanctioning. It has already been suggested elsewhere that this amounts to an invitation for the establishment of NGOs in China. Regardless of whether this becomes reality or not, this is an unprecedented, symbolic recognition of the evolving richness and complexity of Chinese civil society.

Where once the Chinese government would have been suspicious of NGOs for their potential to become avatars for subversive ideology and resistance to the party, the symbolic recognition that such organisations could meet the desperate social needs of urban and rural Chinese is a momentous one. These needs have already become the subject of vitriolic debate on micro-blogging and social media websites like Sina Weibo and and Renren.

In fact, the prototypical model for civil society on social networking sites in China has become so active to the point that it was bloggers on these sites that first broke the news about the Li Gang incident. After the Wenzhou train collision, and the 2010 Shanghai fire, criticism of the government has become a mainstay on these sites. The Party’s acceptance of this status quo has manifested with the official state news agency, the Peoples’ Daily creating its own social media site, with government officials blogging on it periodically to create their own online discourse.

The evolution of civil discourse online has meant that the immediate social needs of many Chinese have been uncovered, and are examinable by the public. Illustratively, the urban-rural net income gap is 17, 175 yuen in the city compared to 5, 153 yuen in the countryside. China has seen one of the most rapid rises in inequality in the world over the last decade. The land most rural peasants work on is owned by the government, making capitalization of a new life in the city difficult. Skyrocketing property prices in urban centers have created a social under-class of those already living in cities but struggling to get by. And, to cap it all off, the sustainability of China’s growth is threatened by the downward demographic trend of its population growth because of One-Child legacy.

The report released last week of China’s third plenum doesn’t outline a grand scheme to deal with all of these problems. But it does show encouraging signs that the Chinese government is listening, and willing to tackle the problems in new, liberal ways. Perhaps, just perhaps, this time not just for the glory of China, but the glory of the Chinese.

A History and Politics Student at Balliol College, passionate about international humanitarian law, social policy, crime and social conceptions of it, as well as cultural identities and movements.