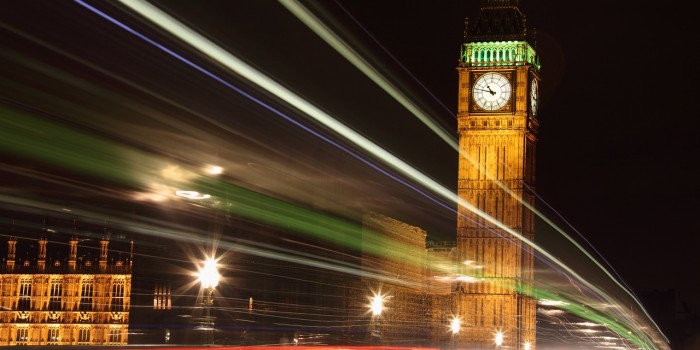 As the government presses pause on a bill to control lobbying,  the “fabric of our democracy” may be at stake

Right now, the government’s lobbying bill is on a six-week stop for repairs. Specifically, the bill’s supporters have put the legislation on hold after they were threatened by defeat in the House of Lords.

So what’s the problem, and why does it matter? The bill is designed to tidy up lobbying and campaigning, so that the public know who is trying to shape policy. This is a widely accepted policy goal, but to its opponents, the same bill threatens to “undermine the very fabric of our democracy”.

This is strong rhetoric, but it comes with important concerns. A new report highlights how the bill’s vague definition of ‘political campaigning’ means it could dramatically limit all kinds of policy discussion, especially in election years. That means restrictions on charities, trade unions, and even think tanks. This is because policy-focused campaigns might be seen to favour one political party, and could be placed under new, strict spending limits, as well as burdensome regulatory requirements. Ultimately, that means charities might not speak up on issues like poverty for fear of breaking the law. That’s why the bill’s opponents, like Frances O’Grady, General Secretary of the Trade Union Congress, have accused it of “hobbling free speech.”

Whether it’s bug or a feature, the  bill’s potential to gag charities is one half of the problem. However, what’s even more worrying is that the bill fails to meet its primary goal. That is, whilst charities like the Royal British Legion can look forward to regulatory hoop-jumping in time for next Remembrance Day, most professional lobbyists may be able carry on as before. One legislative reason for this failure is that whilst the bill cracks down on public campaigning, face-to-face meetings are only covered if they’re conducted through a registered lobbying agency. This actually includes less than 1% of external meetings at the Department for Business. As campaigners argue, 1% is clearly not enough coverage if we’re committed to a policy solution.

The wider threat here is that our representative institutions might become more lopsided. Businesses might carry too much weight and charities, which often represent the poor or vulnerable, might carry too little. This could fuel the growing dissatisfaction with the democratic process itself. To add perspective, large firms like GlaxoSmithKline and BP already enjoy a “hotline” of direct contact to ministers. Of course, businesses need to be involved in policy decisions, but what’s key is that they don’t carry undue influence in comparison to other groups.

In the United States, worries over just such undue influence are already strong. There, professional lobbyists can hire homeless people to stand in line for them and access congressional hearings, buying influence in a way which might prompt intuitive objection. The problem of disproportionate influence is also underlined by a leaked-memo from Citigroup, which hinted in 2005 that US financial institutions see the government as a co-operative instrument of the super-rich. Whilst American democracy has many strengths, it seems clear that its challenges can inform our own decision-making.

Here in the UK, we have a chance to repair the lobbying bill. If we get things right, we can avoid the corrosion of democracy. So far, efforts at self-regulation for lobbyists have been disappointing. The numbers of lobbyists actually participating have been as low as just 10%. However, the Commission on Standards in Public Life has provided a promising new set of policy proposals to protect lawmakers from improper influence. Hospitality from lobbyists should be rejected by MPs, and  those receiving outside payments should be banned from initiating policy in areas related to that interest. We also need clearer rules over MPs moving jobs, and the swift disclosure of content from ministers’ meetings with lobbyists. Transparency registers represent another promising way to promote clarity, and both Canada and the EU already operate these systems effectively. By combining a robust register with the Commission’s proposals for MPs, we can help to save lobbying legislation. In doing so, we can also protect the future of our democracy.